The strong Northerly winds wiped out any chance of diving North Norfolk. An alternative was to go to Gildenburgh Water in Eastrea Cambridgeshire to do some open water training.

With Covid measures still in place we had booked a four hour slot, 12-4pm. We arrived early so that we could not only set up our own kit but kit for Larry too, the casualty in the rescue scenario. The weather wasn’t very nice, overcast and a little windy. There were only 4 other divers using the site when we arrived, so it wasn’t very busy.

The first lesson was a Dive Leader lesson where Jane had to perform a Controlled Buoyant Lift (CBL) from 15 metres. At the surface she had to give 10 rescue breaths and then tow Larry to the shore, remove his kit and lift him to dry land. Once in a safe area she could perform basic life support while requesting the Oxygen kit was assembled. She then had to give oxygen enriched basic life support.

The next training dive was an Ocean Diver lesson with Claire.

This was Jane’s 3rd dive of the day, and Julie’s 2nd dive of the day. On our previous dives, it had already become apparent that there was not much to be seen due to the extremely poor visibility that day. Other divers were seen leaving the site early, most likely due to poor visibility. Our previous dives had been useful from the perspective of completing dive training and gaining experience, but we wanted to see some fish! So, we went back onto the water for one more dive, in an attempt to see some, and to make the most of the air left in our cylinders. We kitted up on the bank and carried our fins to the launching platform. Once fins were on and we were ready, we strode into the water, signalling ok once afloat. 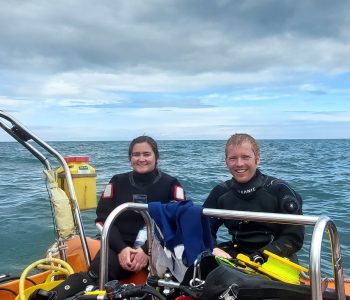 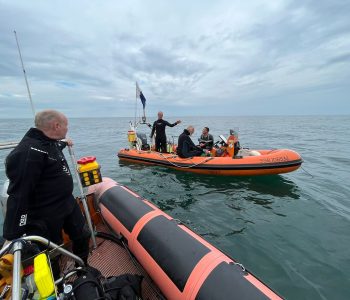 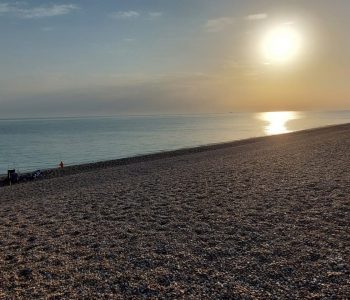 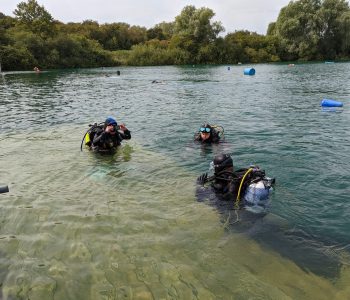 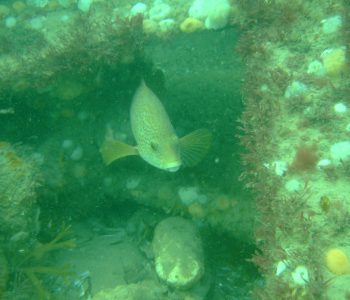 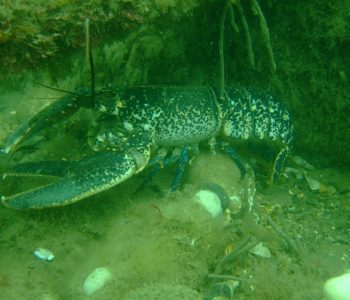 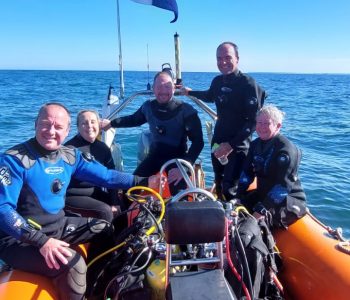 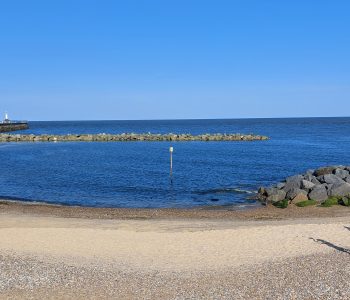 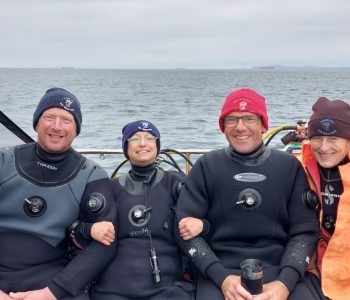 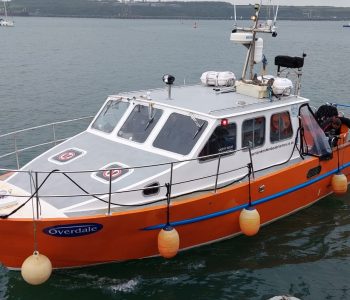