The club rib Lowestoft Diver was quickly ready for a 10am launch. After checking other sites with the onboard echosounder it was decided we would dive the SS Artemisia. After a successful grapple we had our shot line now we just had to wait for slack tide. 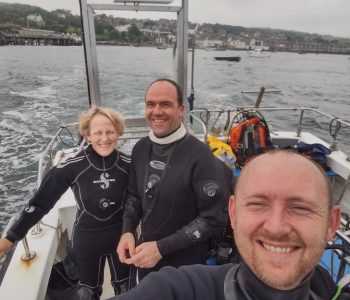